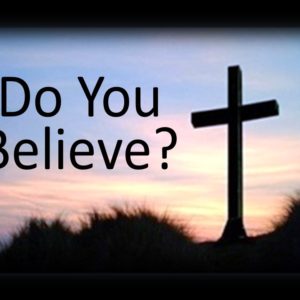 Between Easter and Pentecost we find people struggling to believe. I like evidence, proofs, on which to base my beliefs.

I had an early crisis of belief. Greenwood Boys’ club.

I had to believe in what I sold to sell well.

When I was a kid you could get a candy bar for a nickel. Big ones for a dime.

World’s Finest Chocolate’s history (photo, Edmond Opler) traces back to 1908, when founder Edmond Opler, Sr. went to work at 12 years old to support his family after his father died. He had faith he could do something great. He believed. In 1949, Ed pioneered chocolate product fundraising with the World’s Finest Milk Chocolate.

I learned to believe in those candy bars. At first, a hard sell. But everyone has $1. No making change.

People bought the candy bar because they wanted to help me play sports at the Greenwood Boys Club and they wanted to get rid of me from their doorstep or office.

I sold hundreds of candy bars at my mom’s office building in downtown Seattle. In sixth grade I won the contest for the most sold. I really believed.

In chapter 20, John describes the responses of people confronted with evidence of Jesus’ resurrection. They generally reacted in one of four ways:

Mary was confused and doubtful at the tomb until she saw the risen Lord with her own eyes.

Mary spoke to angels and to Jesus himself. He called her by name. Jesus knows your name too. But we don’t live in that special time between the resurrection and ascension, but Mary did.

Mary Magdalene found the disciples and told them, “I have seen the Lord!” Then she gave them his message.

She was blessed to see and speak to the Lord directly.

Peter and John responded to the initial report with curiosity, and skepticism when they viewed the empty tomb and saw the grave wrappings, they wondered if He had risen.

Then (John) went in, and he saw and believed— for until then they still hadn’t understood the Scriptures that said Jesus must rise from the dead. “‘Then they went home. John went in to the empty tomb and he saw and believed. What did he see? Nothing! It was empty. Indirect evidence helps people believe. Later they too became eye witnesses.

Last week, Pastor Sean talked about Thomas, who was slow to believe. John 20:26-28

Eight days later the disciples were together again, awl this time Thomas was with them.

The doors were locked; but suddenly, as before. Jesus was standing among them. “Peace be with you, he said.

17 Then he said to Thomas, “Put your finger here, and look at my hands. Put your hand into the wound in my side. Don’t be faithless any longer. Believe!”

2R “My Lord and my God!” Thomas exclaimed.

Then Jesus told him (Thomas), You believe because you have seen me.

believe in the Effel Tower (photo) although I have never seen it. I’ve seen pictures, I know people who have seen it. So I believe too.

Jesus never questioned the need for evidence in matters of faith. He offered “signs and wonder” to validate His identity and to authenticate His message.

However, He was selective in His use of tangible evidence, because He knew that no amount of proof will satisfy a skeptic. During His public ministry, Jesus rarely used “signs” to convince unwilling hearts.

Instead, Jesus offered tangible  evidence to willing  hearts to add confidence to their trust.

Note that after rising from the dead, Jesus appeared only to believers. If His followers doubted His resurrection, it was not because they doubted the truthfulness of His claims; they merely thought His resurrection was too good to be true.

Therefore, Jesus welcomed their belief, while tenderly offering evidence to build  their confidence  in the truth. Pastor Sean said that Jesus did not criticize Thomas for his doubt, but welcomed him and helped him overcome his doubt with faith and evidence.

He will do the same for you!

Jesus instead praised those who believed  in His resurrection without  much need for proof.

Without faith and belief, evidence is meaningless.

Whenever I encounter a skeptic—someone who demands evidence before belief—I avoid offering proof of anything. (I have wasted enough time on pointless debates.)

Instead, I focus on the real issue at hand: sinfulness and the need for the Savior. When a lost person comes to terms with his or her sinfulness—genuinely so—belief is their next logical step.

Trust  in God must come first; then evidence is helpful. Then, ironically, they believe and find great comfort and confidence in the historical fact of Christ’s resurrection. May it be so for you.

Do you believe? (photo)