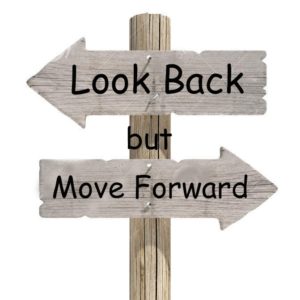 Memorial: Look back, but move Forward

Memorial: Look back, but move Forward

Look back, but move forward!
A memorial is an object which serves as a focus for the memory or the commemoration of something, usually an influential, deceased person (photo Lincoln)
or a historical (photo Iwo Jimi), tragic event.
Popular forms of memorials include landmark objects (photo Rushmore) or works of art such as sculptures, (photo Christ) statues or fountains and parks.
The most common type of memorial is the gravestone (photo Gravestone) and there are memorial plaques.
Do you stop at Historical markers (photo Placerville)
alone the road? There are 114,735 in America.
(Side of the road, photo) cross, flowers.
The greatest memorial of all is the cross. (photo) Normandy

Memorials help us look back and if we use the lessons of the past, to move forward.
Anonymous quotes on the subject:
• “The past is like using your rear view mirror in your car – it’s good to glance back and see how far you’ve come; but if you stare too long, you’ll miss what’s right in front of you.”
• “You can’t start the next chapter of your life if you keep re-reading the last one.”
• “Don’t let yesterday . . . take up too much of today.”
• “You can’t reach what’s in front of you until you let go of what’s behind you.”
• “Sometimes God closes doors because it’s time to move forward. He knows you won’t move unless your circumstances force you. Trust the transition. God’s got you.”

The disciples were going through a tough time too.
After Easter they were living in fear behind closed doors.
They lived in fear and in limbo lockdown. Just like us.
But they had these encounter with Jesus and they moved on. During those forty days, let’s look what happened.
Acts 1:1-11
1 In my first book I told you, Theophilus, about everything Jesus began to do and teach 2 until the day he was taken up to heaven after giving his chosen apostles further instructions through the Holy Spirit.
3 During the forty days after his crucifixion, he appeared to the apostles from time to time, and he proved to them in many ways that he was actually alive.

So what does the Bible say about 40?
The flood lasted 40 days.
40 years Moses fled Egypt.
40 days Moses stayed on Mount Sinai.
Exodus lasted 40 years.
Jesus fasted for 40 days.
Lent is 40 days.
Passover to Ascension is 40 days.
40 days is Biblical number for a time of purification.
40 days for a woman to rest after giving birth.

And he talked to them about the Kingdom of God.
4 Once when he was eating with them, he commanded them,
“Do not leave Jerusalem until the Father sends you the gift he promised, as I told you before.
5 John baptized with water, but in just a few days you will be baptized with the Holy Spirit.”
6 So when the apostles were with Jesus, they kept asking him, “Lord, has the time come for you to free Israel and restore our kingdom?”
7 He replied, “The Father alone has the authority to set those dates and times, and they are not for you to know.
8 But you will receive power when the Holy Spirit comes upon you.
And you will be my witnesses, telling people about me everywhere—in Jerusalem, throughout Judea, in Samaria, and to the ends of the earth.”
9 After saying this, he was taken up into a cloud while they were watching, and they could no longer see him.
10 As they strained to see him rising into heaven, two white-robed men suddenly stood among them.
11 “Men of Galilee,” they said, “why are you standing here staring into heaven?
Jesus has been taken from you into heaven, but someday he will return from heaven in the same way you saw him go!”

What started in fear moved to instruction and then to Commission.
The Disciple, learner became an Apostle, a messenger.
Look back, learn and move forward to act.

What have you learned: “Live life and do the best you can.”

Christ promises us that everything works together for the good for those who love God. Romans 8:28

“We have the most creative, forward-thinking, adaptive, innovative, progressive Leader the world has ever known, and He has been with the organization from the beginning. In fact, He started this global enterprise and has served as its Leader through countless challenges and changes.” Chuck Swindoll