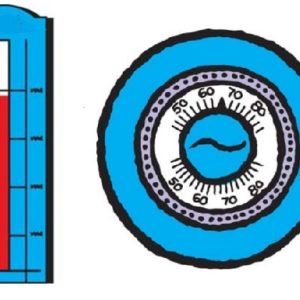 • Mark 13:1-13
As Jesus was leaving the Temple that day, one of his
disciples said, “Teacher, look at these magnificent buildings!
Look at the impressive stones in the walls.”
• 2Jesus replied, “Yes, look at these great buildings.
But they will be completely demolished.
Not one stone will be left on top of another!”
• 3Later, Jesus sat on the Mount of Olives across the valley
from the Temple. Peter, James, John, and Andrew
came to him privately and asked him,
• 4″Tell us, when will all this happen? What sign will show us
that these things are about to be fulfilled?”

• What does Jesus advise us to do?

• 5Jesus replied, “Don’t let anyone mislead you,
6for many will come in my name, claiming,
‘I am the Messiah.’ They will deceive many.
• 7 And you will hear of wars and threats of wars,
but don’t panic.
• Throeo: Panic,
• Don’t be troubled,
• Don’t be frightened
•Yes, these things must take place,
but the end won’t follow immediately.
8Nation will go to war against nation,
and kingdom against kingdom.
• There will be earthquakes in many parts of the world,
as well as famines.
But this is only the first of the birth pains, with more to come.

• 9″When these things begin to happen, watch out!
You will be handed over to the local councils
and beaten in the synagogues.
• You will stand trial before governors and kings
because you are my followers.

But this will be your opportunity to tell them about me.
• 1° For the Good News must first be preached to all nations.

” But when you are arrested and stand trial,
don’t worry in advance about what to say.
• Just say what God tells you at that time,
for it is not you who will be speaking, but the Holy Spirit.

12 “A brother will betray his brother to death,
a father will betray his own child, and children will rebel
against their parents and cause them to be killed.
• ‘3And everyone will hate you because you are my
followers.
But the one who endures to the end will be saved.
• “There was a time when the church was very powerful, in
the time when the early Christians rejoiced at being deemed
worthy to suffer for what they believed.
• In those days the church was not merely a thermometer
that recorded the ideas and principles of popular opinion; it
was a thermostat that transformed the mores of society”
Martin Luther King Jr. Letter from Birmingham Jail. 4/63

Mark 13:32-33
32″However, no one knows the day or hour when these
things will happen, not even the angels in heaven or the Son
himself.
• Only the Father knows.
• 33And since you don’t know when that time will come,
be on guard! Stay alert!